to stitch or not to stitch..

I haven't been stitching for a while now cause of my back/neck. They were hurting so I wasn't able to stitch. Or I could have, but didn't want it to get worse. So I don't have much news about my stitching but I do have something! :)

I tried to dye a fabric for Mirabilia's "the Deepest Love" (mermaid). I had a white 28ct Jazlyn which I decided to sacrifice! hehe. Here's a pic of the results. I actually do like it a lot how it looks like. The picture is not exactly the same colour though, I'll try to take a better pic later. 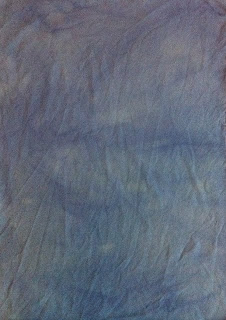 I also started a new pattern! eeek! And I have only finished two from CJC, lol. I started to stitch Nora Corbett's "New year fairy". It uses a lot of floss that I don't have so I decided to change the colours a bit. I chose pink! *giggles* yes, I do like pink. Howevere, I also do like the original colours a lot, so maybe one day I will order them and stitch her again. I could have ordered them now too, but I wanted to start stitching her NOW and not after two weeks :D The fabric is 14ct aida from Sugar Maple Fabrics. It's called "Night" and I thought it would be good for her as she is "New Year Fairy" :) 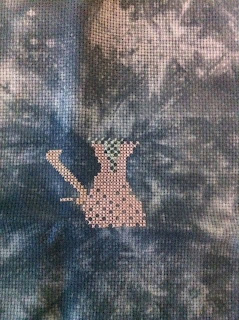 I wanna stitch her NOW! I think in couple days I should be fine again and I can stitch more :) I will continue with her as she looks so beautiful and I wanna see how she will look like with the colours I chose.
Posted by Hely at 14:24

Hely
I'm 29 years old crafter from Finland. I do cross stitching, card making, scrapbooking, felting and what not :D I started to cross stitch in 2003/2004. Had a break from stitching in 2008-2010 which was a good thing as now I am more patient and my taste is a bit different as well.

My finished stitchings in 2012 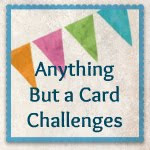